Tyler Dagnino ’20 pitched Zebra Technologies (ZBRA) to the Monday section of the Student Managed Investment Fund on November 4, 2019. Zebra Technologies, or Zebra, designs, manufactures, and sells a range of automatic identification and data capture (AIDC) products worldwide. Zebra’s portfolio includes mobile computers, real-time location systems, and cloud-based platform subscriptions. Zebra is the industry leader in the AIDC market and should see continued success as they focus on providing organizations greater visibility and insights into their operations. The class voted to buy 70 shares of Zebra and sell out of the Technology Select Sector SPDR Fund (XLK) and Cisco (CSCO).

Soham Patel ’19 pitched Canadian National Railway (CNI) to the Tuesday section of the Student Managed Investment Fund on April 23, 2019. Canadian National Railway, or CN provides freight transportation services to a diverse list of clients across 19,500 miles of rail. By connecting three coasts, and mastering precision scheduled railroading, CN is considered the true backbone of the North American economy by servicing entire supply chain networks. This past year, CN invested capital in strategic capacities including Prince Rupert, North America’s fastest growing deep-sea port. Management has a record of returning at least 15% on invested capital and carefully manages foreign exchange risk. The majority of revenue is generated from transportation services, which have consistently increased despite economic fluctuations. The class voted to buy 110 shares of CNI and sell 40 shares of FedEx (FDX).

Jason Moy ’19 pitched Pfizer (PFE) to the Student Managed Investment Fund (SMIF) on April 22, 2019. Founded in 1849, PFE’s mission is to apply science and global resources to bring therapies to people that extend and significantly improve their lives. With over 92,400 employees in over 125 countries, PFE has a vast global presence. The company focuses on creating innovative health and essential health products. Innovative health products make up the bulk of revenue as PFE leads the pharmaceutical industry in revenue through its continuous pursuit of new inventive products and treatments. PFE also demonstrates stability in its portfolio of essential health with over-the-counter products sold worldwide. With consistent dividends and longstanding history, PFE is poised to have stable performance and strong profitability in the long run. As it stands, PFE is positioned to be a strong asset to shareholders with consistently growing dividends.

SMIF visited New York City on April 15-16, 2019 for their annual presentation to Bucknell alumni at the Princeton Club of New York. The presentation consisted of a history and overview of SMIF, memorable learning experiences throughout the year, and an update on how the portfolio did compared to the benchmark. Following the presentation, students were given the opportunity to network with alumni.
Following presentation day, we started the second day of our trip bright and early at the New York Stock Exchange (NYSE). Joe Quintilian, Class of 2003, explained how the stock exchange has changed over many years with less people working on the floor. Students also had the opportunity to learn from market makers from Global Trading Systems (GTS) and Citadel.
Students then joined Ron Baron, Class of 1965, at Baron Capital. Ron started his company in 1982 as a long-term investment company, often holding securities for more than 10 years. Ron emphasized how they focused on investing in people, which has proved successful for them.
SMIF ended their trip with a private tour at the Museum of Modern Art, where they were able to learn about the history behind major pieces of art work, including Vincent Van Gogh’s “The Starry Night” and Piet Mondrian’s “Broadway Boogie-Woogie.”
We really enjoyed speaking with alumni and thank everyone for their attendance and support!

Sandy Schenker ’19 pitched Accenture (ACN) to the Student Managed Investment Fund on April 9th, 2019. Accenture is a management consulting and technology services company that helps its clients create and implement strategies that will allow its clients to boost productivity and profits. Accenture derives value for its clients with a deep understanding of both different industries and cutting edge technology, and uses their deep knowledge base to provide great value to its clients. Accenture has had strong growth for the past six quarters as their investments in different acquisitions, partnerships, and growth markets have provided great value to the company, and Sandy sees this trend continuing going forward. The class voted unanimously to purchase 75 shares of Accenture.

Natalie Waterhouse ’19 pitched Cigna (CI) to the Student Managed Investment Fund (SMIF) on April 9, 2019. Founded in 1982, Cigna’s mission is to improve the health, well-being and peace of mind of those it serves. With 86 billion customers worldwide, Cigna has a very large presence in the US as well as in 30 other countries. The company focuses on both commercial and government medical insurance offerings. Numerous internal opportunities for growth as well as industry trends will allow Cigna to continue to grow its market share. In 2018,  Cigna merged with Express Scripts to expand its medical offerings into the Pharmacy Benefit Management (PBM) space. With this merger, the new company expects increased revenue of 171%. With growing customer trends both in the US, as well as abroad, the company foresees the doubling of its earnings per share by 2021. The class voted to buy 100 shares of CI.

Connor Swaim 19 pitched BlackRock to the Student Managed Investment Fund (SMIF) on April 8, 2019. Founded in 1988, BlackRock focuses on risk management systems and passive management. BlackRock’s mission is to create a better financial future for their clients. With $6 trillion in assets under management across 100 countries, BlackRock has formed itself into the largest asset management firm in the world. The company focuses on their clients by creating personalized portfolios based on several different factors. BlackRock has been the largest asset management firm since 2009 when they acquired iShares from Barclays. In the first quarter of 2019, BlackRock reached above $6 trillion in assets under management again with higher than expect EPS and higher revenue than expected. The majority of BlackRock’s revenue is generated from their Investment Advisory, Administration Fees, and Securities Lending. This represents 81% of their total revenue. BlackRock is strongly positioned to continue growing and return value to its shareholders.

Pete Kadens is a dedicated entrepreneur and philanthropist. Pete graduated from Bucknell University in 2000 with a Bachelor of Arts in Political Science and received the Distinguished Alumnus for Citizenship in 2010. Pete started his career in investment banking when he worked for UBS. However, knowing he did not enjoy working in banking and wanted to be an entrepreneur, he started several business ventures.

His first business venture was as the founder and CEO of Acquirement, a dedicated outsourced sales company that works with clients ranging from small privately held corporations to Fortune 100 companies. Pete also co-founded SoCore Energy in 2008 with Bucknell alum Glen Tullman, which is one of the largest commercial solar companies in the US. In 2015, Pete ultimately founded Green Thumb Industry outside of Illinois with his partner, Ben Kovler. Marijuana Business Magazine called Pete “One of 20 People to Watch in the Cannabis Industry in 2018.” Pete has delivered talks all over the US around issues related to reforming the war on drugs and has delivered a TED Talk on this same issue.

Along with his previous involvement in his businesses, Pete now focuses on philanthropy and his family, which includes his wife and three kids. Pete is the Vice-Chairman of the Board of Directors of Streetwise Organization of Chicago, one of the largest homeless aid agencies in the country. He was also a long time board member at The Cara Program, one of the largest non-profit workforce training programs in the Midwest which focuses on preparing individuals on the verge of homelessness for employment. He also currently serves on the Board of Directors for the Cannabis Trade Federation, founder of Helping Our Population Educate (HOPE), and chairman of The Kadens Family Foundation.

We were honored to have Pete with us in class on April 9, 2019. He talked about his progression through his career and the value of philanthropy in his life. Pete focused on the power of having a strong network, especially from Bucknell, which helped take him to where he wanted to be. He emphasized that “whatever you do in life, do what gets you excited to get up in the morning.” 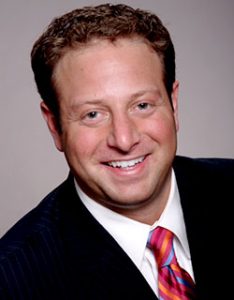 The Student Managed Investment Fund (SMIF) is a two-semester experiential course in which a select group of Bucknell University seniors manages approximately $3 million of Bucknell’s endowment. The course exposes students to the intellectual and practical challenges of running a small investment company. This year SMIF continues with the mentorship of Professors Curtis Nicholls and Frank Schreiner at the helm.