Ridgway Knight ’19 pitched Kimberly-Clark (NYSE: KMB) to the Student Managed Investment Fund on March 5, 2019. Originally founded in 1872 in Neenah, WI, Kimberly-Clark is a global health and hygiene company that manufactures and distributes consumer paper products. They sell their products directly to mass merchandisers, e-commerce distributors, and supermarkets amongst many others. Their revenue streams are made up of three major categories: personal care products, consumer tissue, and K-C Professional. Their products include diapers, incontinence products, toilet paper, tissues, paper towels, and feminine hygiene products. They have a market cap of just over $40 billion, and had 2018 revenues of $18.4 billion. Their products reach consumers in over 175 countries. On March 5, the class voted to purchase 90 shares of KMB while selling 100 shares of the consumer staples sector ETF XLP and funding the remaining balance with cash on hand.

Jack Callahan ’19 pitched Kohl’s Corp. (KSS) to the Student Managed Investment Fund (SMIF) on March 4th, 2019. Founded in 1962, Kohl’s mission is to be the leading family focused, value oriented, specialty department store offering quality exclusive and national brand merchandise to their customers in an environment that is convenient, friendly, and exciting. Kohl’s has significantly outperformed its brick and mortar retailing peers in the past five years and has come out of the industry shake up extremely well positioned with a strong balance sheet, a recently repositioned top tier real estate portfolio, and innovative partnerships. Based upon 18% upside valuation, the class voted to buy 150 shares at $68.10 for a position size of $10,215.  Kohl’s was set to release its 4Q18 earnings the next morning before market open. Fourth quarter earnings are historically volatile for retail companies given the seasonality of their business. Kohl’s stock rose 7.5 % the following day on continued margin maintenance, strong results from partnerships, and positive data on the utilization of its new stores. 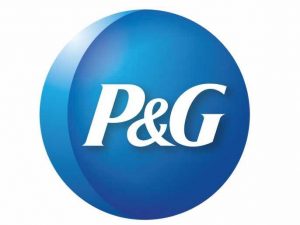 Harrison Colville ’19 pitched Procter & Gamble (PG) to the Student Managed Investment Fund (SMIF) on March 4, 2019. Founded in 1837, Procter & Gamble’s goal is to provide branded products and services of superior quality and value that improve the lives of the world’s consumers, now and for generations to come. P&G recently consolidated their strategy and currently has 65 brands throughout 5 different revenue segments. The various segments include fabric and home care; baby, feminine, and family care; beauty; health care; and grooming. P&G’s newly focused strategy and notable reduction in expenses provides opportunities for growth and continued sustainability. P&G has enormous global influence and works hard to implement and achieve sustainability goals. Programs like Dawns wildlife rescue and Tide loads of hope are two examples of the countless efforts P&G puts forward to give back to communities across the globe. In 2018, P&G released exceptional financial results and generated $66.9 billion is revenue. The class voted to buy 150 shares of P&G making it 1.57% of the equity portfolio.

Ethan Fisher ’19 pitched Welltower (WELL) to the Student Managed Investment Fund (SMIF) on February 26, 2019. Founded in 1970, Welltower is a real estate investment trust that invests in senior housing, assisted living, and memory care communities, post-acute care facilities, and medical outpatient buildings. Welltower aims to deliver the health care infrastructure necessary to facilitate better treatment at lower costs and keep patients out of the hospital. They target their investments in affluent, high barrier markets given the trend that urban seniors are hoping to age in place. A major driver for Welltower’s future growth is the aging of the baby boomer generation and synergies between Welltower and major health systems. The company has over 1,600 properties across 46 U.S. states, the U.K. and Canada and 320,000 patients currently occupying their facilities. Welltower is expected to have strong 2019 earnings with an FFO per share increase of 4% and an NOI increase of 3.50%. Additionally, the company plans to execute $1.5B in acquisitions for 2019. SMIF voted to buy 135 shares of Welltower.

Graham Gearhart ’19 pitched Waste Management (WM) to the Student Managed Investment Fund (SMIF) on February 25, 2019. Waste Management focuses on waste collection and disposal through their network of vehicles, transfer stations, and landfills. In addition to waste disposal, WM also collects recycling materials and refurbishes those materials into a commodity that is then sold. The company is very focused on environmental and sustainability initiatives and other ways to help the environment. They have began to overhaul their fleet by converting about 25% of their diesel trucks to natural gas, some of which is taken from landfill gas produced at their landfills.They are also an innovator in the environmental and waste services industry in terms of technology, as they have implemented route optimization software for their fleet, and improved their digital presence with a better website and mobile applications in order to increase customer satisfaction and decrease churn. Gearhart believes that Waste Management is well positioned for the future because of their sustainability focus, stable revenues, and defensive profile, as they significantly outperformed the S&P during the recession of 2008-2009. The class voted to buy 145 shares of WM, creating an active risk position of 1.40%.

Connor O’Brien ’19 pitched HEICO (NYSE: HEI) to the Student Managed Investment Fund on February 25.  Founded in 1957 by Dr. William Heinicke, HEICO is an aerospace, technology, and defense company that supplies parts and components to a variety of niche industries.  In addition to being the world’s largest independent provider of FAA approved aircraft replacement parts, HEICO designs and manufactures advanced technology components for systems by the U.S. Departments of Defense and Homeland Security, spacecraft, satellites, medical equipment, wireless communications systems, computers, and digital storage. Since undergoing a major restructuring in 1990, HEICO has grown to a market cap of $11.45 billion.  Shareholders have realized consistent, meaningful growth that has outperformed both the NYSE Composite Index and the Dow Jones U.S. Aerospace Index in the past year, the past five years, and since 1990.  In 2018, the company enjoyed revenue growth of 16.59% and net income growth of 21.81%.

Charles Wen ’19 pitched Verizon Communications Inc. (VZ) to the Student Managed Investment Fund on February 19, 2019. Verizon’s mission is to leverage its leadership in the wireless network to continuously provide customers with the best user experience through its highly reliable network services and qualities. With its 26% market share of subscribers, Verizon has an enormous presence in the telecom sector. Verizon’s services and equipment currently consist of data, broadband, voice, premium content and tablet etc. Verizon led the industry with innovative transformation that will bring Verizon to the next stage of staggering growth. The class looks forward to capitalizing the gain from the realization of huge profit when the 5G services will start to bring profit for Verizon in 2022, given the fact that 70% of the overall revenue came from the Wireless segment and Verizon will improve the profitability of this segment with its successful launch and execution of the 5G plan. The company posted constant and sustainable growth of revenue stream and dividends. The class voted to buy 200 shares of Verizon. 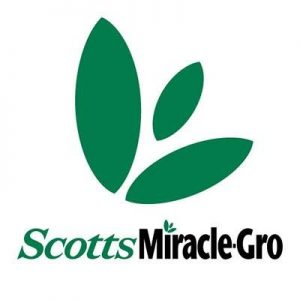 Joe Schreiner ’19 pitched Scotts Miracle-Gro (SMG) to the Student Managed Investment Fund (SMIF) on February 18, 2019. The Scotts Miracle-Gro Company was originally founded by O.M. Scott in 1868 as a premium seed company for the U.S. agriculture industry. The company grew from a leading lawn care business to an international marketer of industry-leading brands with a 1995 merger with Miracle-Gro. The company’s mission is to continually strengthen its position as the world’s leading marketer of branded products for lawn and garden while meeting profit and return on investment growth goals. Scotts Miracle-Gro sells some of the most recognizable consumer lawn and garden brands such as Scotts, Miracle-Gro, Nature’s Care, LiquaFeed, and Osmocote, Ortho, Home Defense, and Tomcat. Through its Hawthorne segment, SMG is a leading manufacturer, marketer, and distributor of hydroponics systems which are essential to the growing cannabis industry. Hydroponics provides a tremendous amount of growth potential, particularly once recreational adult use of cannabis becomes federally legal in the U.S. The company is also committed to returning cash to shareholders through a consistent, strong dividend, and share repurchases. The class voted to buy 200 shares of SMG.